The first educational day of the IEWP Annual Conference - which was held in the renowned Reform Club in Central London - gave an overview of 40 years of SCT and gene therapy at Great Ormond Street Hospital in London, followed by presentations and panel discussions on SCT versus gene therapy in Wiskott-Aldrich syndrome and CGD. The new landscape of SCID after introduction of newborn screening in many European countries was addressed next, followed by exciting reports on novel gene addition and gene correction strategies for various Immunodeficiency diseases. The day’s program closed out with a session on different established and new therapeutic approaches for HLH. The second day kicked off with the ever more exciting session on HSCT and novel gene therapy concepts for inborn errors of metabolism. Two highlights followed with two sessions dedicated to thymic issues and RAG deficiency, the latter including a keynote lecture given by Luigi Notarangelo. Other sessions of the day covered hemoglobinopathies, the difficult decision making for HSCT in LRBA and Schimke’s disease as well as special reports on T-cell gene therapy for IPEX. Lastly, the ongoing and newly proposed studies of the working party were presented and discussed. The last half day of the meeting contained a short overview of the new HSCT guidelines of the working party, an in-depth discussion on pharmacokinetics of various conditioning agents and a session on novel and difficult HSCT indications such as ataxia telangiectasia, XLA and very early onset inflammatory bowel disease.

In conclusion, we can thank Arjan Lankester, chairman of the working party, and the local chair Paul Veys for organizing a highly educational, scientifically excellent and interactive meeting in a spectacular venue. The annual IEWP meeting continues to be on the forefront of new concepts in cellular therapy for inborn errors of immunity, metabolism and erythropoiesis.

We look forward to next year’s meeting in Milan at Palazzo Stelline. 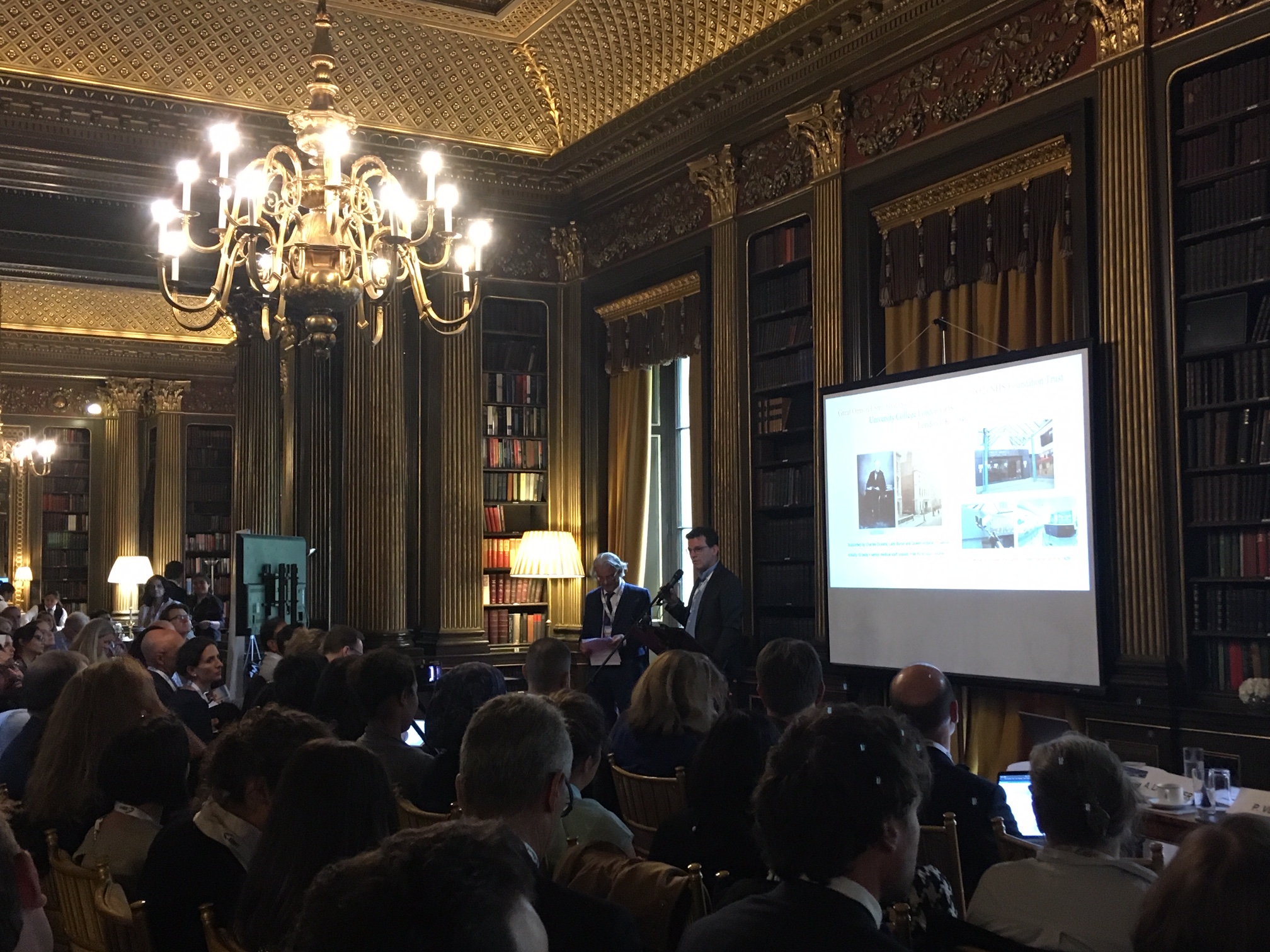